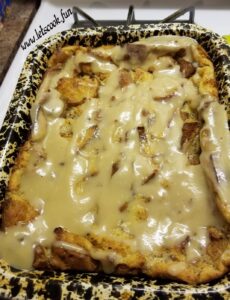 HOW TO MAKE BREAD PUDDING WITH VANILLA SAUCE?

This Bread Pudding with Vanilla Sauce is a delicious option for a tasty breakfast with friends, a quick dessert, or as a snack!!
The ultimate in comfort-food sweets are delectable bread pudding covered with a homemade maple sauce. you only need to follow the technique I used, and you’ll be able to make the ultimate bread pudding.
It’s absolutely divine, believe me when I say that! If you want a simple, regular bread pudding, I’ve got news for you: You’ll LOVE this one!!

And to make it, you only need few basic ingredients and follow the steps below, It doesn’t take too much to make this tasty bread pudding:

I turned the temperature of the oven to 160 degrees Celsius, to preheat. And, I combined the flour and baking powder in a medium mixing bowl, and set it aside.

In another bowl, I mixed the butter until softened, adding the sugar gradually, and continue mixing until light and fluffy.

Following that, I beat in the egg with a teaspoon of vanilla extract.

Next, I added 1/4 of milk at a time, actively stirring until mixed.

And using an electric mixer, I blend the dry and wet ingredients, and I greased quite well with butter a 9.13“ Pyrex pan.

At this step, I poured the mixture into the greased pan, and I set it aside for later.

I mixed all-maple sauce ingredients together in a medium saucepan, and I brought to a boil over medium heat, stirring frequently.

And once boiled, I poured it over the cake batter and put the pan in the oven for approx. 45 minutes.

THIS TASTY BREAD PUDDING SHOULD BE ADDED TO YOUR WEEKLY MENU, IT IS DANGEROUSLY DELICIOUS! I COULD HAVE EATEN THE WHOLE PAN OF THIS DELIGHT ALL BY MYSELF. LUCKILY, I HAD SOME SELF-CONTROL. DON’T HESITATE TO TRY IT AS SOON AS POSSIBLE!! 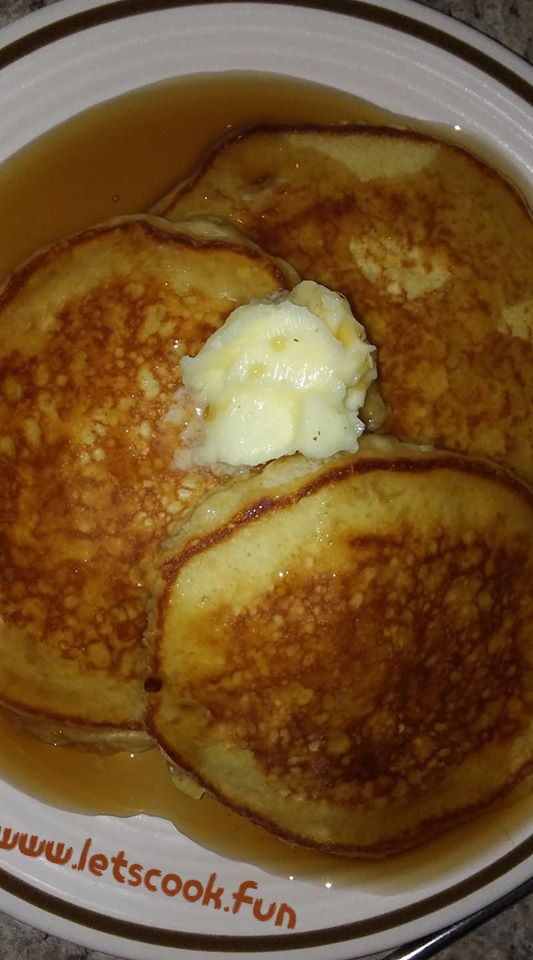 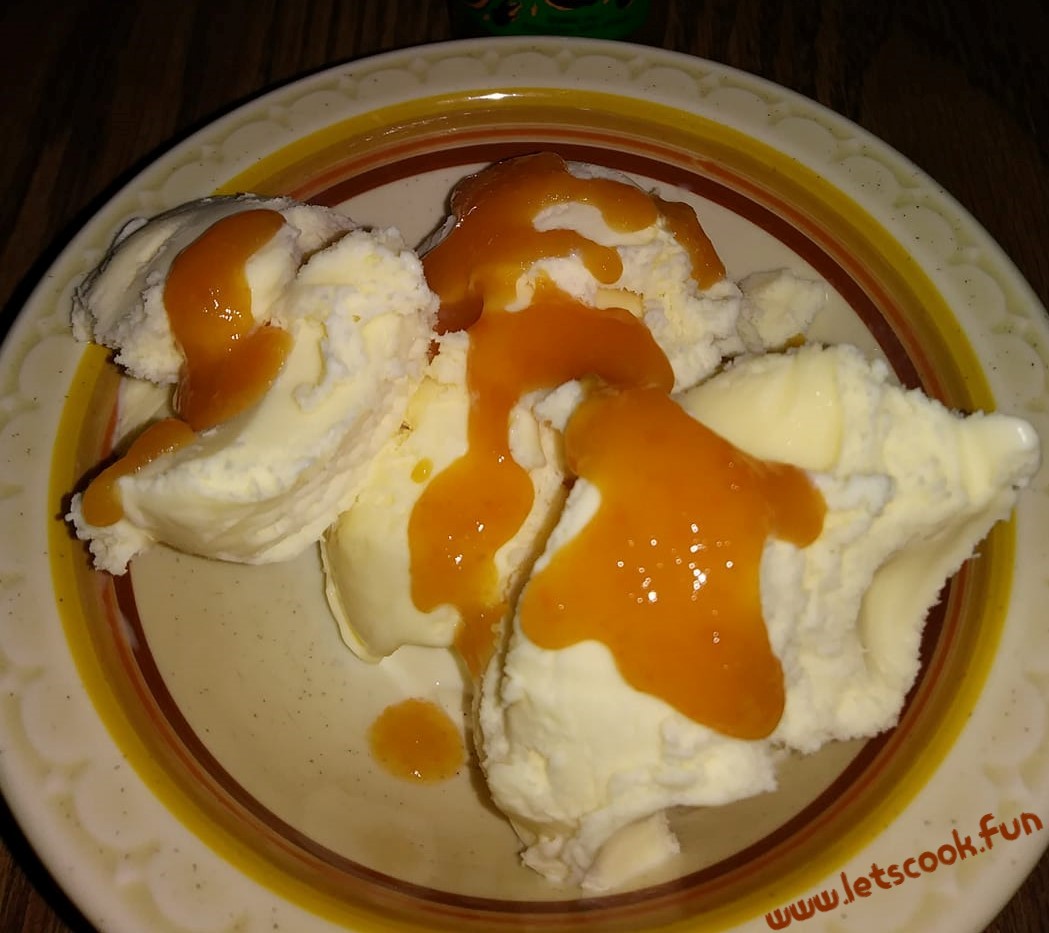